Savings tips for mapping out your next summer vacation

Cindy Baines maintains it was one of the best trips of her life.

One of the most cost-efficient, too.

After the coronavirus outbreak caused many changes to her travel itinerary for this year, Baines was more than ready to get out of the house and on to the road for an early summer vacation to somewhere warm. For the proud grandmother from Nashville, it was still the right time to spend time with family.

“First, though, we had to see what places were even open,” says Baines, whose originally planned pilgrimage to Greece and Israel with her husband was postponed until April 2021 due to COVID-19 concerns.

“We all had to put our heads together.”

Eventually, Baines and a crew that included her three daughters and eight of her grandkids (all under age 5) decided to head south to Orange Beach in Alabama for a short four-night stay. Just a seven-hour drive from home, the quick trek was a convenient option given today’s inconvenient circumstances. Keep in mind, too, that it’s projected that 96.5% of total getaways this season will be by car.1

“Going down there sounded like a neat idea,” Baines says. “It was a spur-of-the-moment thing for everyone.”

So how did Baines and her loved ones turn a “spur-of-the-moment thing” into the real thing? Here are some of the simple steps they followed (tips you can use, too!) on their recent escape to help them rest, relax and recharge amid the current pandemic while saving a little extra money along the way.

“Gas was extremely cheap,” Baines says. “At 99 cents a gallon, it was a better move financially for us than flying.”

So cheap, in fact, that the nearly 1,000-mile roundtrip journey set Baines and her three daughters back only a combined $240 — $60 for each older individual. And while a flight certainly may have been faster, the group was also able to converse cash because they didn’t need to rent a vehicle (or two) when they arrived, not to mention avoiding potential fees for checking bags or parking at the airport.2

“Frugality is our middle name,” says Baines, a veteran dental hygienist. “We left at 3 a.m. and were there by the afternoon.”

In a perfect world, the rest of Baines’ family would have come along for some fun in the sun — including her husband as well as her son, his wife and his four children. But due to personal priorities, career commitments and busy schedules, not everyone had an opportunity to take a break.

Still, for her sizeable party, Baines booked a spacious three-bedroom condo at a popular resort for just $175 per night. They got much more bang for their buck, too, as the complex featured a private lazy river, a kiddie play area and “a huge pool for keeping cool” while being located directly on the ocean.

For Baines, even with social distancing measures and mandatory safety protocols being practiced throughout the establishment, those were five-star amenities that required her to cover only a fraction of the price.3

“We all pitched in,” says Baines, who has a total of 12 grandchildren. “And we all had a blast. ” 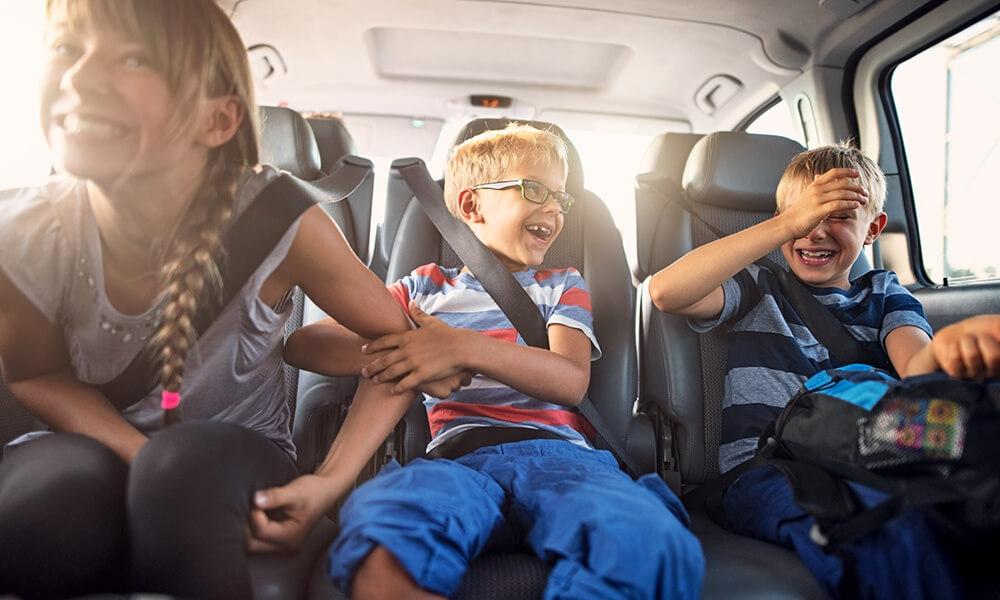 With a dozen people to feed, Baines knew the dollar signs for snacks, essentials and drinks could add up in a hurry.

“So, we improvised,” she says.

That meant loading up their coolers with classic dishes they cooked at home, like baked spaghetti casserole, and stocking up on groceries from the local supermarket once they reached the small city of Orange Beach. Besides ordering delivery pizza one evening, they relied on preparing each breakfast, lunch and dinner themselves, which fulfilled Baines’ appetite for pinching pennies and limiting expenses.

When split four ways, Baines estimates each adult contributed $150 for meals and $350 for the entire trip.

“We were super tight with our budget,” Baines says. “We tried not to waste anything when it came to food.”

Baines is an avid traveler.

She loves to “explore, hike and bike” in the great outdoors. So much so that she and her husband, who is a full-time preacher, typically enjoy a few bigger adventures each year, including frequent visits to Hawaii as the couple has access to a timeshare property that their close friends regularly share with them.

“That’s why I started a travel fund,” Baines says. “It’s much more peaceful to return home without any debt” — a reality that 49% of Americans face when it comes to depending on a credit card to finance a vacation.4,5

In her on-call role as a dental hygienist, Baines earns approximately $1,200 per month — income she reserves for her travel fund. (“I put it all in there,” she says.) While the money she deposits is usually earmarked for arrangements and activities mapped out well in advance, her stash of cash also comes in handy for those spur-of-the-moment things that can arise when normal things don’t go as hoped.

“I’m really glad we went,” Baines says. “It was an experience none of us will forget. I’d do it again in heartbeat.”

Save for your next trip with an Empower Investment Account

How to financially prepare for a divorce

Divorce is one of those life events when you may be forced to deal with important money matters under a lot of stress.

The 3 financial issues Americans are most worried about

Here are some steps you can take to keep your finances on track — and even move them into the fast lane.