Baseball on a budget

How to score all-star savings at the ballpark

“Buy me some peanuts and Cracker Jacks.”

You hear it — and sing along to it — during the seventh-inning stretch at every Major League Baseball game.

But what if those peanuts and Cracker Jacks, and your other favorite snacks, cost a little too much when you’re at the stadium this summer? Prices are going up everywhere these days, so you can expect the dollar signs to add up fast while you’re rooting for the home team.

No matter what field you plan on visiting, tickets, parking, concessions and souvenirs likely won’t come cheap. In fact, a family of four can now expect to pay more than $250 to go and watch our national pastime.1

Below are five tips for saving money at the ballpark:

KNOW WHEN TO GO

As with most major athletic events, timing is everything. MLB tickets are considered some of the most price-friendly in all of professional sports, but that doesn’t mean they’re always a home run. Nights, weekends and holidays as well as rivalry series typically see elevated rates during the regular season.

In order to pinch pennies, attending a weekday matinee can make a “world series” of a difference. By going in the afternoon on a Wednesday, you could save close to 25% on admission.2.3 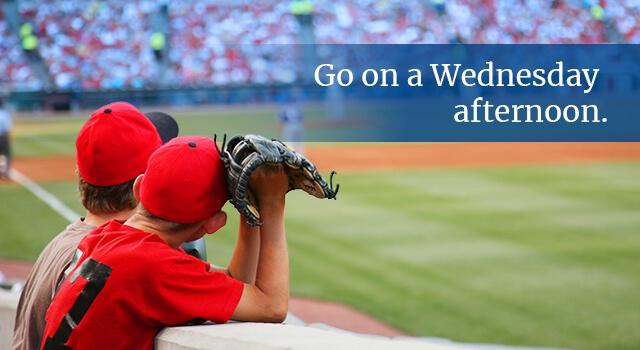 KNOW WHERE TO SIT

They’re called the cheap seats a for a reason. Good seats on average cost about $65 each depending on location and section and can push triple digits the closer you get to the action, like behind a dugout. While you may need to bring a pair of binoculars, sitting in the outfield bleachers or the upper deck stands may put a few more bucks back in your pocket at the old ball game.

On sites like StubHub, you can find cheap MLB tickets at many venues for less than $20. Clubs such as the Colorado Rockies even have a special “Rockpile” area where all tickets are under $5.4

KNOW WHERE TO PARK

Own a good pair of walking shoes? Dig them out and wear them. In most cases, the farther away you park from the stadium, the less you’ll pay. At Yankee Stadium, for instance, parking your car in an official lot near the stadium can range from $30-$40 depending on the day and time of the game. But finding a garage or a lot a few extra blocks away could save you more than 50% on a spot.5

Public transit, such as local subway service, may also be a much cheaper alternative in many cities.6 In Boston, fans can take the “T” to Fenway Park for less than $3 per one way.7 Not only can mass transportation help you save money, but it can also help you avoid traffic so you don’t miss the first pitch. 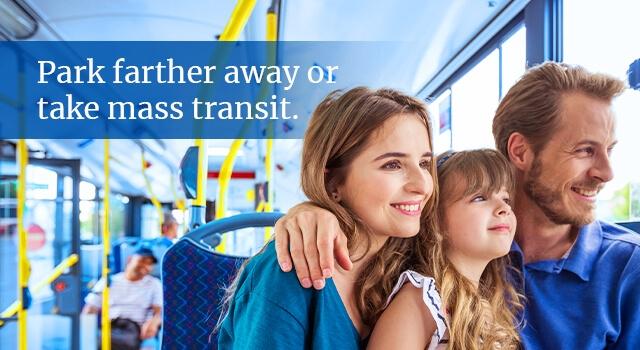 KNOW WHAT TO EAT

It seems some stadiums these days are turning into five-star restaurants.8 From Carne asada burrito bowls at Oracle Park to Italian beef sandwiches at Wrigley Field to churro dogs at Chase Field, baseball fare is getting fancier — and pricier — every year. Truist Park, home of the Atlanta Braves, even sells a giant Wagyu beef cheeseburger that will set a fan back $151.

On a much smaller scale, traditional staples like hot dogs and soft drinks are both nearing an average cost of $5. A cold adult beverage at Camden Yards in Baltimore, meanwhile, is listed at $10 for 22 ounces.9,10

If you don’t want to strike out on your budget, consider packing on your own food, especially if you have kids. Most stadiums allow fans to carry in certain items and containers from the outside as long as they adhere to specific policies.11 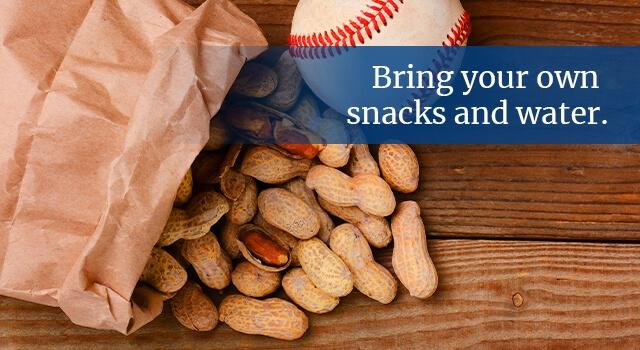 Bringing your own candy, popcorn and water may not sound like fun, but it can prevent you from spending an arm and a leg at the concession stand. Ballpark foods like cotton candy and ice cream, though delicious, can eat away at your wallet. 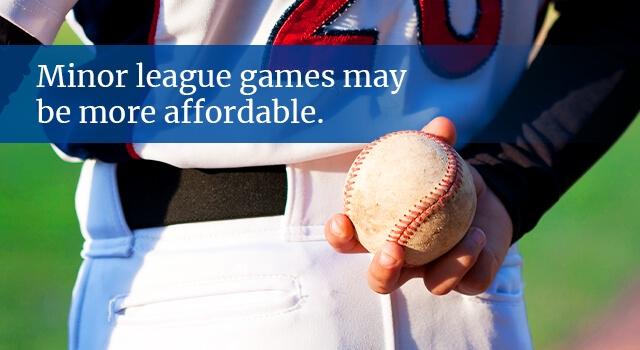 Be on the lookout, and be sure to check your team’s official website at MLB.com, for special bargains in your area. If there are minor league teams where you live, tickets and food may be more affordable.

2 Go Banking Rates, “Here’s Why It Costs So Much To Take Your Family to a Ballgame,” August 2020.

11 The Takeout, These Baseball Stadiums Let You Bring Your Own Snacks,” April 2022.

All about asset classes

Understanding asset classes is key to the battle-tested investment strategy of diversification.

How to measure investment performance

Paying attention to investment performance can help you make informed decisions about where to invest.

What percentage should I contribute to my 401(k)?

Empower insight reveals people who set their contribution rate to at least 10% are on track to replace 100% of their working income down the road.