To a sellout crowd of more than 65,000 fans at Gillette Stadium that day, Tom Brady was the center of attention.

But not to Stacey Cappella.

Cappella attended the key game with her own special MVP — her mentee from the Home for Little Wanderers1, the oldest child welfare and adoption agency in the U.S.2 While it turned out to be the star quarterback’s final time wearing a New England Patriots uniform, in a losing effort no less, none of that mattered to Cappella. She was too busy rooting for someone who needed much more than a win on the scoreboard.

“It was definitely a memory-maker,” says Cappella, marketing director of participant education. “She was in awe of the whole experience. We both had so much fun being together. It’s a moment that I’ll never forget.”

Neither will her mentee, a teenage girl who Cappella befriended in 2019 through the organization’s mentorship program.

“She enjoyed every minute of it,” Cappella says. “After everything she’s been through, it was a huge highlight for her.”

Cappella, who lives in Plymouth, Massachusetts, began volunteering at a local facility for the Home for Little Wanderers shortly after she moved to the area in 2018. “I was looking to get involved in the community,” she says. The foundation itself offers over 25 services aimed at providing at-risk kids with a stable foundation for their future. Most are focused on securing their mental, physical and social well-being.

All in all, The Home offers critical support3 to neglected, abused and disadvantaged individuals from birth to age 26.

In addition to becoming a mentor, Cappella also formed a group with folks in her neighborhood to supply the children at the Home for Little Wanderers with basic necessities — and bigger smiles. Cappella and her peers hold seasonal events to equip them with clothes, shoes and jackets as well as their favorite sports gear. 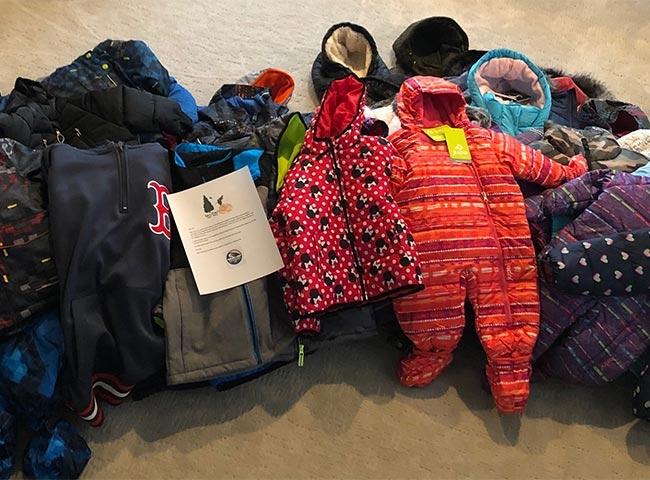 They also host pizza nights and provide birthday presents and holiday gifts for the children living at the Plymouth campus.

“Seeing these kids and understanding their situations, it’s heartbreaking,” Cappella says. “I could feel their hurt and their pain. I wanted to find a way to make an impact and bring them some joy and comfort.”

Cappella is doing just that, too.

After completing a series of training courses and background checks, Cappella signed up to serve in the Home for Little Wanderers' one-on-one mentorship effort. From there, Cappella was paired up with a 15-year-old who had been raised under state supervision for the majority of her life. She had been abandoned by several adults when she was growing up and separated from her three siblings at an early age.

“I was nervous,” says Cappella, who doesn’t have any children of her own but is a proud aunt to 18 nieces and nephews. “This was a whole different level and type of commitment for me. She had suffered extreme trauma.”

For Cappella, though, the chance to build a bond with someone who needed an ally in her corner was well worth it.

As a mentor, Cappella would spend several hours every week engaging in all sorts of activities with her mentee. They played card games. They shot hoops. They watched movies. “Sometimes, I was just there to listen,” Cappella says. Eventually, as their relationship developed, they ventured off-site and “did normal things,” like eating out at different restaurants and getting their nails done at a nearby salon.

They even braved the roller coasters at Six Flags and, of course, cheered on Brady and the Patriots at Gillette Stadium.

“At the beginning, she definitely had her guard up and was super quiet. It was her way of protecting herself,” says Cappella, who started at Empower in 2016. “She didn’t always want me there, but I kept showing up to be with her. She had been through so many ups and downs, so she didn’t trust anyone. My goal was to let her know there are people in this world who care about  you and won’t walk away from you.”

But their connection remained just as strong.

“Even when things got tough, she realized I wasn’t going to go away,” Cappella says. “I told her, ‘I’ll always be there for you when you need me.’ She knew I really cared about her —  and she learned to trust others as well.”

For Cappella’s mentee, that care and compassion turned into hope and happiness when she was adopted by a foster parent last fall. “It’s an amazing story,” Cappella says. After all, her lifelong dream had finally come true.

“I was extremely excited for her,” says Cappella, who is currently in line to be matched up with another mentee. “She’s in a better place now. That’s all she wanted, was to find a permanent home and a forever family.”

In Cappella, she found a forever friend.

“We chat every week,” Cappella says.

“I learned so much from her. She taught me what it means to have real strength and courage. We’ll always stay in touch.”

At Empower, our vision, growth and success begins with our amazing people. People who do amazing things!

"Our People" is an internal series that highlights unique stories — on a personal or a professional level — from individuals across our organization.